Many alternative health therapies, past and present, have made use of the concept of the elemental qualities of earth, water, fire, air, and ether.

Are you scratching your head? It can be difficult to imagine what the “earth” element, for example, has to do with the human body. Is there dust in our bodies? Mud?

It becomes easier when we visualize the quality of a particular element – in the case of earth, for example, its solidity and immovability.

In the ancient healing science of Ayurveda, the earth element is represented by the Kapha Dosha, which broadly typifies a large-boned, solid, earthy person whose nature is placid, accommodating, humorous – and who can fall asleep anywhere, anytime.

I’d like to talk at length about the element of fire. Fire is much in the news these days, what with volcanoes misbehaving in Guatemala and on Hawaii’s Big Island, and fires raging through the Santa Rosa area of northern California and burning hundreds of homes and thousands of acres of beautiful wildlands and farmland.

As in the environment, fire in the body can have both positive and negative effects – fever, of course, being a prime example.

Many people believe it’s important to quell a fever as quickly as possible – and very high temperatures can indeed be dangerous and need to be addressed.

But high bodily temperatures are also anti‑microbial. A child with a robust immune system may spike a high temperature that will burn out an illness in a day, whereas an immune-compromised adult may suffer only a minor elevation in temperature but feel unwell for many days.

At Bastyr University, we routinely offered fever treatments to our immuno-compromised patients, and to those on the verge of illness. We would monitor the patients in hot-water baths while applying cooling applications to the neck and forehead.

Infrared saunas serve a similar purpose by stoking the immune system and burning a virus before it has a chance to take hold in the body. 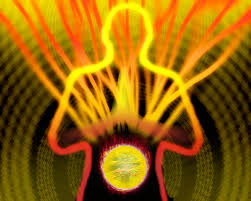 The element of fire may be present in areas of localized inflammation, which become red, swollen, and hot to the touch in reaction to injury or infection.

The inflammatory response is a defensive maneuver as the body tries to increase its blood supply and white blood cell count in response to illness or injury.

Without this response, there would be no healing. Thus, treatments like bee-venom therapy and cayenne-pepper patches, which may sound very exotic and strange, can be useful for promoting an inflammatory response in the body, and initiating healing.

Certain topical treatments can help quell excess inflammation and regulate healing. In our clinic, we often use oral homeopathics and homeopathic creams based on Arnica, such as T-Relief and Inflamyar.

One of the very best topical applications we’ve found for painful joints is a high-potency salve called Plus CBD Oil Balm. 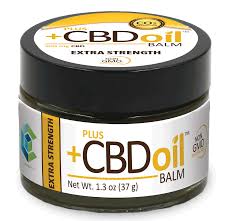 CBD Oil Balm Extra Strength from Plus CBD Oil is a hemp-derived, non-GMO, gluten-free formula with no artificial dyes or fragrances. For topical use only, the oil is pure and consistent and carries a seed-to-shelf guarantee of purity. Each 1.3-oz bottle contains 100mg of CBD.

Patients who’ve formerly tried other topical CBDs and didn’t find them effective have consistently received pain relief from this product for issues ranging from sore joints and muscles to ankylosing spondylitis.

If inflammation becomes chronic, or if it rages out of control, we’ll see rampant tissue destruction and the development of conditions such as cancer and autoimmunity.

Inflammation in the blood vessels (rather than the falsely accused scapegoat, cholesterol) is the true root source of cardiovascular disease.

Generalized inflammation in body tissues creates all manner of aches and pains. But simply suppressing the reactivity generally doesn’t work.

In the body, the element of fire resides in the solar plexus, where it stokes digestion and powers-up our sense of vitality.

The spinal energy center correlated with the solar plexus regulates pancreatic function and balances blood sugar and aspects of blood pressure and circulation.

With too little digestive fire, digestion stagnates. Too much fire can cause upper- and lower-gastrointestinal burning and tissue destruction.

Joy and power are aspects of consciousness associated with the solar plexus and the element of fire.