“I do not trust those who make the vaccines, or the apparatus behind it all to push it on us through fear.”  – Billy Corgan

If you harbor doubts about the value of vaccinations, you might be wise to hide them, or else risk being vilified by the media, the scientific establishment, and your neighbors and townsfolk as anti-science, ignorant, primitive, and a health hazard. 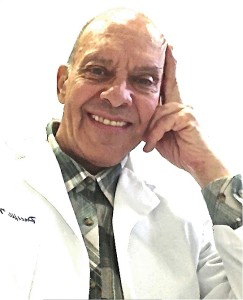 This is how science seeks to bolster its case for vaccination: by mocking those who question this most basic medical dogma.

And yet…and yet. Is there any truth to the idea that vaccination may actually not be as safe as claimed?

Let me share a couple of personal stories. Of course, they are “anecdotal” – and yet I believe they are sufficiently striking to deserve reflection.

In 1977 I was running three to five miles a day and working out regularly at the gym. My overall health was glowingly superb.

I was buff, happy, and in love. I had met Connie just weeks previously, and we were planning our first trip together, a three-month pilgrimage to India and Nepal that would eventually morph into seven years of living and working in Japan.

Although we were extremely health-conscious and aware, we bought into the prevailing paradigm and considered travel vaccinations to be an essential part of modern healthcare.

I don’t remember the exact vaccines I received – I just accepted what was recommended for travel in Asia at the time.

And that’s when my health problems began.

Shortly after the vaccination series, I began experiencing severe digestive disturbances. My digestion had always been mildly delicate, but in retrospect the synchronicity of the travel vaccinations and the onset of moderate to severe chronic intestinal symptoms is a glaring exception in my very healthy overall personal medical history.

With this experience vividly in mind, when I became a naturopath in 1986, I began to study the efficacy and side effects of vaccinations. But let me share another story.

When our son Gabriel was born in 1988, I was seeing patients and studying with a highly respected MD in Seattle whose specialty was pediatrics.

Despite our reservations, when Gabriel was six months old the pediatrician advised me to skip the P vaccine (for pertussis) and just get the DT (diphtheria/tetanus) vaccine instead.

We followed his advice.

Immediately after receiving the one and only vaccination of his life, Gabe wound up in the hospital with a kidney infection.

Was it a case of cause and effect, or purely a random chance occurrence?

The idea behind vaccination is to produce immunity by introducing a small amount of weakened disease virus or bacteria into the body.

The immune system then wages a mini-campaign against the foreign organism and develops helpful antibodies for future use, in the event that the vaccinated person comes in contact with that specific organism in their environment.

However, the antibody response occurs purely as an isolated technical feat, without any other immunological response. This artificial antibody production may interfere with or suppress the immune response as a whole, in much the same way that radiation, chemotherapy, and corticosteroids do.

Artificial immunization is in direct opposition to the way the body was designed to handle foreign invasions.

Vaccinations may also have longer-term effects. In the past 50 years, there has been an unprecedented increase in the number of opportunistic infections, including HIV, CMV, HPV, EBV, toxic shock syndrome, candidiasis, chronic fatigue syndrome, herpes, Lyme Disease, and others.

During this same period, there has been unrelenting pressure from public health officials in the US toward universal vaccination.

Is there a connection between the pandemic immune system breakdown and vaccinations, or are the statistics merely coincidental?

The bigger question is, do vaccinations actually work?

Well, let’s put that one on the shelf for the moment. Meanwhile, here’s another personal story.

After our son was hospitalized following his only vaccination, we decided that we would not subject him to further vaccinations; instead, we would make sure that his immune system was vibrant and responsive.

Remember that he did not receive the P vaccine for pertussis. At the time, we were practicing in a small town in Vermont. At one point, a whooping cough epidemic engulfed the entire town, and half the town’s kids, vaccinated or not, contracted the illness.

Interestingly, the children who had been vaccinated with P were a lot sicker than the unvaccinated kids.

Meanwhile, Gabe contracted the disease, but his normal pattern of activity was not affected. We kept him home from school, but he ran around playing (and coughing) with his usual vim and enthusiasm the whole time.

If you are thinking of being vaccinated for general protection, or for travel, the best advice I can give you is to avoid buying into the mainstream pressure and do your own research. Informed decisions are generally the best decisions.