I spent most vacations during my early years fishing in Long Island Sound with my family. There were so many fish, we would bait two hooks on one rig and bring up two fish with each cast. 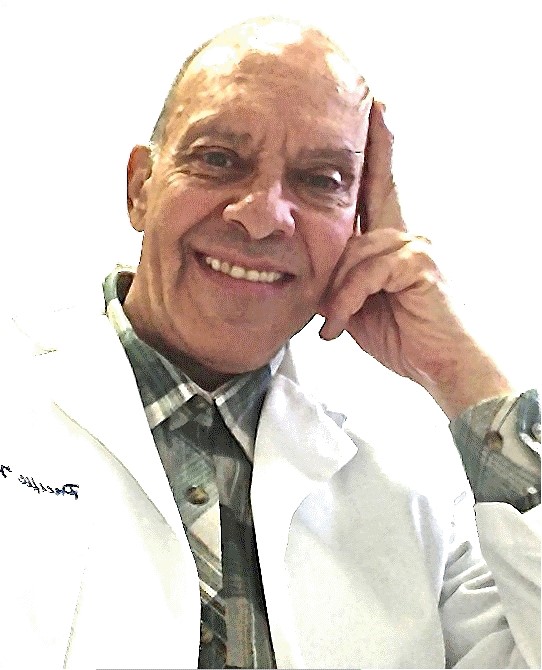 The bottom of our rented wooden boat quickly filled with porgies, flounder, fluke, snapper, blowfish and others. The seawater was so clear you could see crabs scuttling along on the sand bottom many feet below.

There was no plastic refuse and other discards of civilization to be seen anywhere. In the evening after a day on the sea, we would eat fresh fish until we were stuffed. What we didn’t eat, we froze and enjoyed at future meals. We had no worry about contaminated fish. We knew we were getting pure, unadulterated protein.

Not so these days. Pollution from a staggering number of sources has turned one of the healthiest foods on the planet into one of the most contaminated.

Although fish farming has been practiced for centuries, modern farming practices have produced one of the most toxic foods on the planet.

I’m sure many people imagine that farmed fish must be cleaner – after all, the fish are raised in a controlled environment, free of the mercury and other pollutants found in the open ocean. Alas, it’s very far from the truth. In addition to contamination from industrial pollution, what most people aren’t aware of is that farmed fish are fed a concoction of pesticides, antibiotics, and other drugs.

Then there’s the matter of “Frankenstein fish.”

Farm-raised fish tend to develop a number of mutations, probably linked to the DNA-changing pesticides used to combat sea lice and other pests.

Research shows that an astounding 50 percent of farmed fish are deformed. And there’s more…

Most people know that toxins accumulate in body fat. While wild-caught salmon are about six percent fat, farmed salmon may have as much as 35 percent body fat! More fat means a greater toxic load.

In fact, a researcher in Norway determined that farmed salmon was up to five times more toxic than any other food he had ever tested!

Although pesticides and drugs are the major contaminants, the greatest source of contamination is the protein-rich dry pellets farmed salmon are fed. The pellets are composed mainly of dried fatty fish that are deemed unfit for human consumption, due to the extremely high level of contamination in their flesh.

To keep the pellets from quickly oxidizing and spoiling, a Monsanto-developed pesticide called ethoxyquin is added to the mix. Ethoxyquin is banned in Europe because it has been discovered that it has the ability to cross the blood-brain barrier, and may have carcinogenic effects.

Given the stunning amount of data on the hazards of eating farmed fish, why do we still have fish farms? Is it all about money?

What can we do? The answer is not simply to always busy wild-caught fish. Most wild-caught fish now suffer from some degree of contamination, owing to the widespread environmental pollution.

Mercury, heavy metals, and chemicals such as dioxins, PCBs, and agricultural chemicals enter earth’s oceans via major waterways and are deposited in the flesh of wild fish.

Fortunately, there are still some wild-caught options whose benefits outweigh the potential hazards.

Fish That Are Relatively Safe to Eat

Wild-caught Alaska salmon, sardines, and anchovies have very low levels of contamination and are rich in Omega-3 oils and other health-promoting nutrients.

Fish to Avoid at All Cost

The most contaminated wild fish include whales, sharks, swordfish, tilefish, and king mackerel. The chart below gives expanded information. 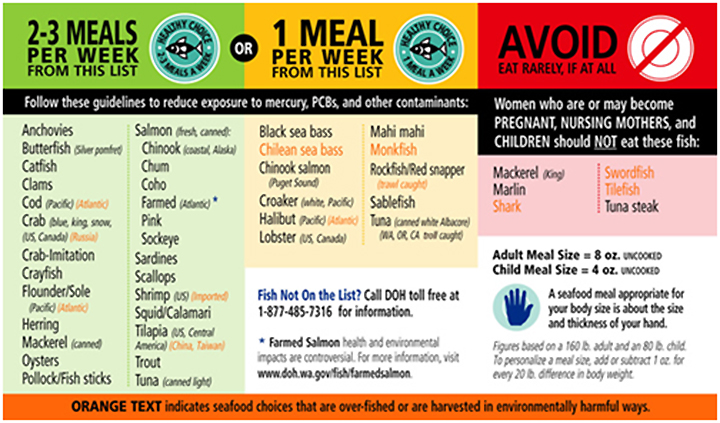 If, like me, your favorite childhood memories include meals of delicious, healthy fish, it’s good to know that you can still safely eat fish on occasion, by choosing from the species on the green side of the table.